9th September 2022- the most influential exhibition of radio and television in Europe - IBC2022 was grandly held at the RAI International Exhibition and Conference Center in Amsterdam! At booth 7C09, AOTO showcases its latest LED virtual production solutions and a line of fine pitch products which is part of AOTO’s LED virtual system designed for providing better tools to build immersive and realistic virtual environments while enhancing the visual content and audience experience. 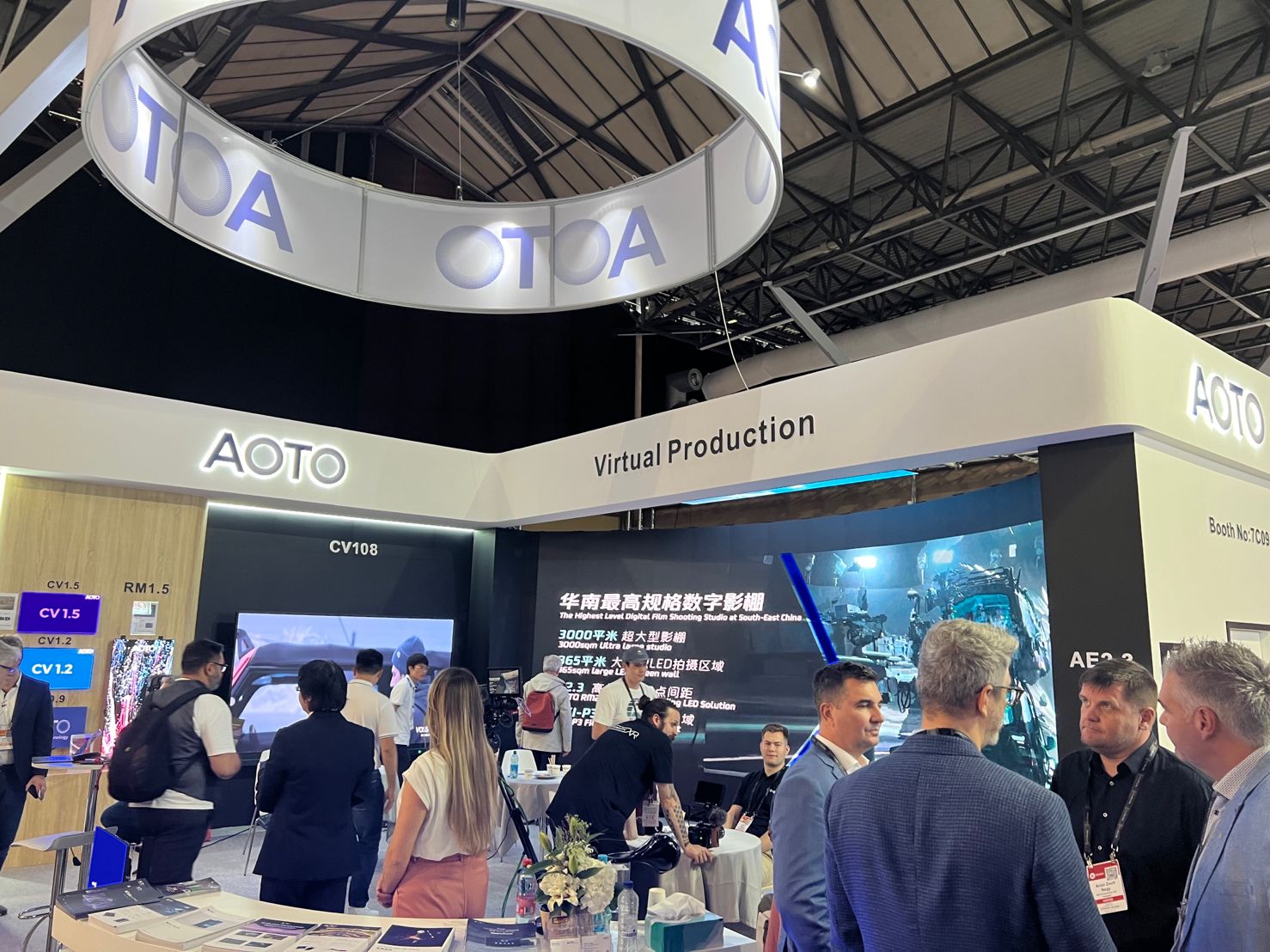 AOTO LED virtual studio is able to substitute real scenes and green screens in order to realize deep panoramic photography and it was built up with RM2.3 LED background screen and M3.7H LED ceiling that integrates a high-end camera system and real-time rendering content production. It brings amazing shooting effects and simultaneously realizes "what you see is what you get," which helps enhance the creativity of professionals working in film, commercials, and broadcasting. The realistic display screen, excellent visual effects, and immersive experience are all part of what makes this product so special. 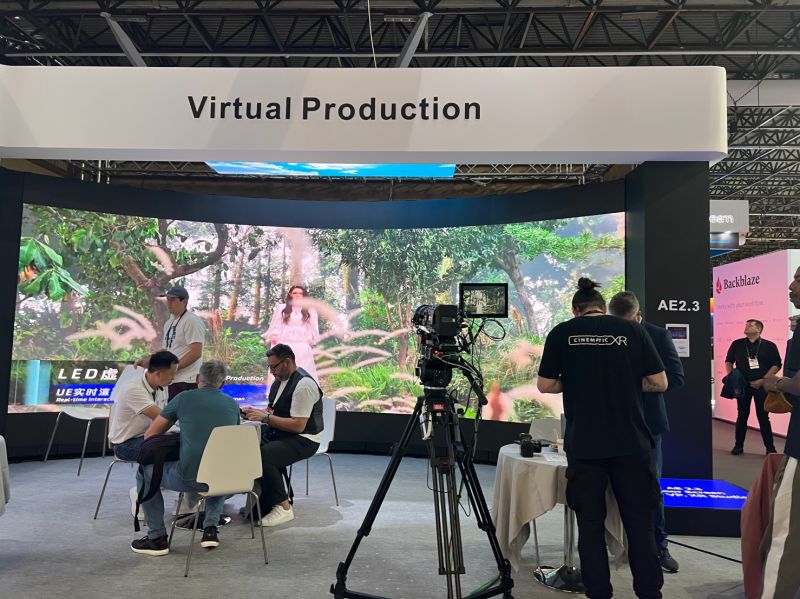 The RM2.3 LED screen, which was a finalist in the "AV Awards-annual visual technology", was designed in accordance with the highest standards in the industry. The RM2.3 refresh rate can reach 7680Hz, and the scan rate is as high as 1/6 scan rate; the display effect and comprehensive performance far exceed comparable products and provides outstanding visual effects. 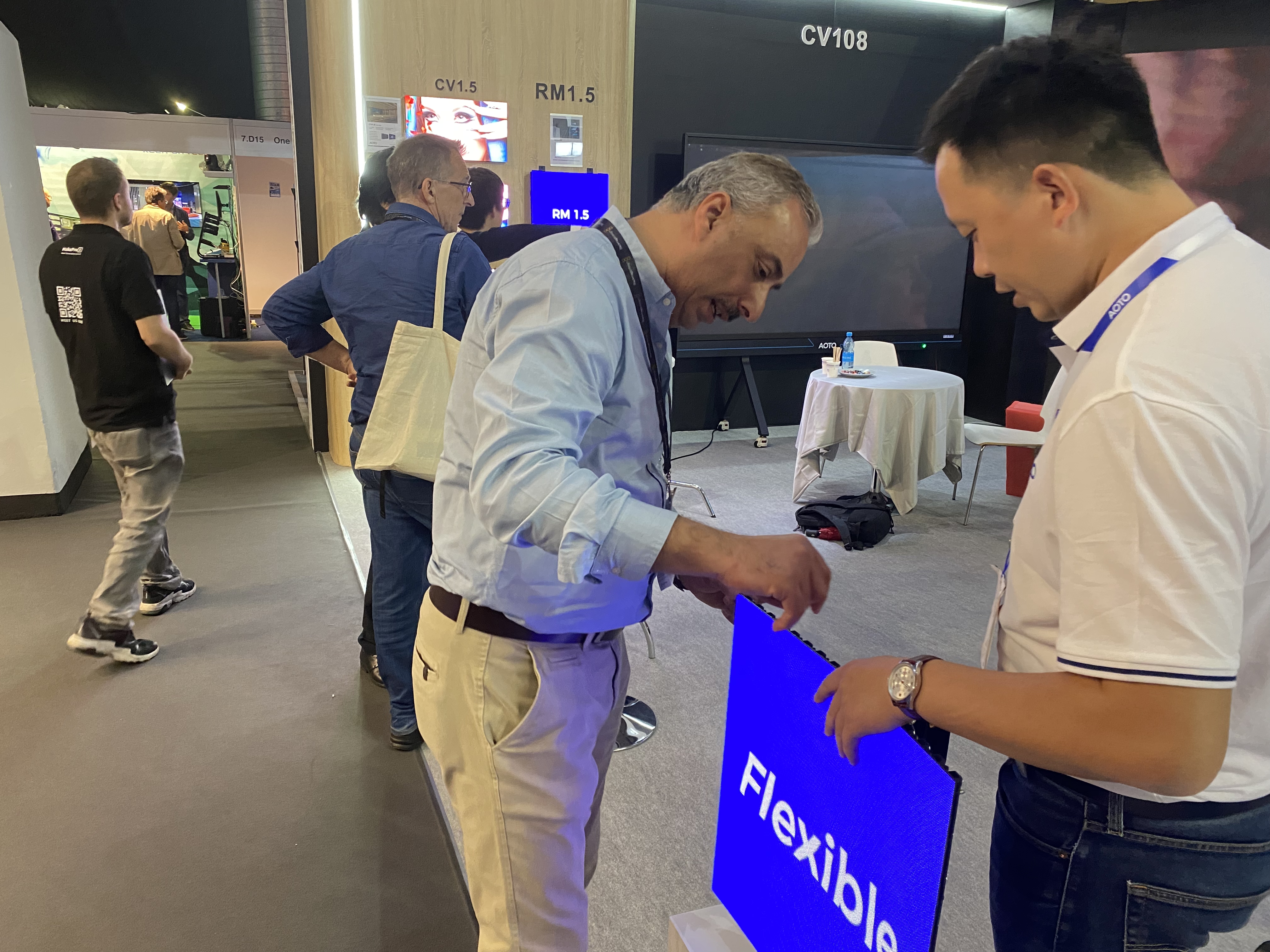 It is important to point out that the LED ceiling screen M3.7H utilizes a full flip-chip chip, which allows the power consumption to be reduced by 45% while maintaining the same level of brightness; additionally, the ultra-wide full viewing angle ensures that the picture can have excellent light consistency, which is critical for on-camera visuals. The floor tile screen AE2.3 that was displayed also makes use of cutting-edge flip-chip packaging technology. This allows the shooting of moiré to be reduced, which in turn significantly greatly reduces its interference with the shooting quality. With professional-level shooting effects and efficient production speed, AOTO's leading LED virtual solution has created a large number of classic projects and served a large number of leading international film and entertainment production companies, including Hollywood, Microsoft, and Tencent.

Moreover, AOTO showcased a comprehensive selection of fine pixel-pitch LED displays, such as CB0.9 (COB) and CV1.2 (GOB) flat screens, CV1.5 (Mini LED) curved screens, and C1.8 curved screens at the exhibition. LED displays with a fine pixel pitch from AOTO are quite popular in the broadcasting and television industries because of the seamless and smooth splicing effect; it is possible to generate a great shooting effect in a high-definition camera environment which results in an excellent visual experience for the audience in front of the TV. 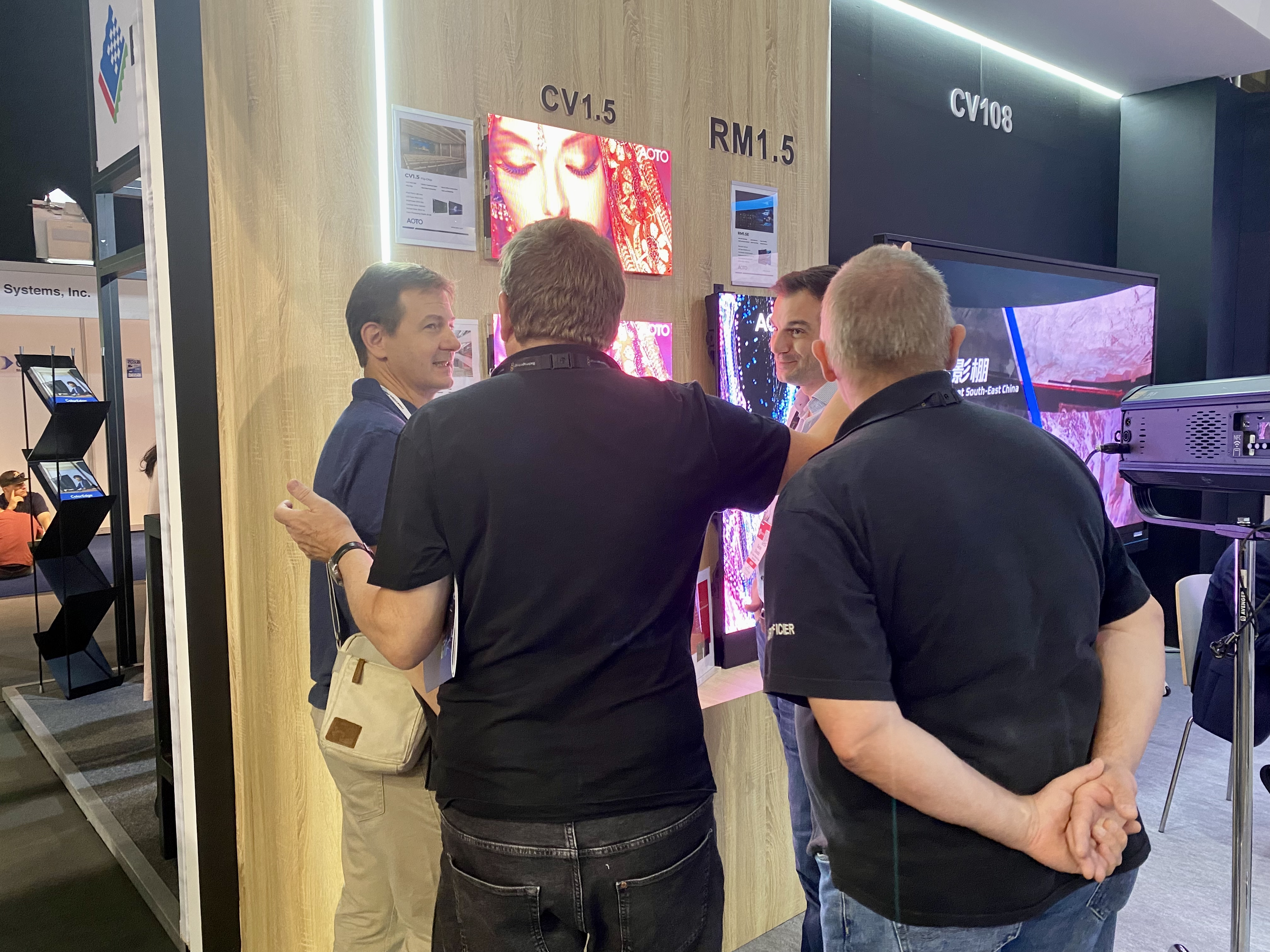 AOTO's LED Solution for VP enables a new method of virtual production, takes visual performance to a higher level, and opens up a wider space for the market served by the broadcasting and film industries, opening the door to more creative possibilities.

Have questions? We have answers!